Richard, thanks for the great idea.

In my first year as a science teacher at Chelsea High School, I took over the teaching duties for Dr. Richard Audet who recently vacated his position to assume a professorship of science education at Roger Williams University.   To help my transition over those first few months, Richard spent quite some time with me discussing teaching methods.   Richard had built a project-based program that utilized a small aquaculture system to teach inquiry-based science.  He tossed me the keys and… Continue

10 videos that WILL ignite a discussion - Part 4

This is part 4 of the "videos that WILL ignite a discussion" series. I have been using these videos during PD sessions, as well as during Power Lunch sessions to spur discussion and reflection. As educators, it is crucial that we are constantly in a state of reflection and evaluation, and with the help of these videos educators are able to engage in thoughtful and productive conversation.… 
For years I experienced and witnessed school reform in NYC. The new schools movement spearheaded by Michele Cahill was a good one. New York City was plagued with large…

While attending the 2011 PLC summit, one of the presenters told us about an experience he had while watching Family Feud. The question was, “What is the reason your child’s teacher is calling your house?” Not one of the “right” answers were positive, not one! An example of some of the answers were, “Your kid is failing” or “…

Are You an Outlier?

Last year I read Outliers: the Story of Success by Malcolm Gladwell and had the opportunity to share this book with administrators from my district during our summer retreat. An outlier can be defined as an individual who not only have exceptional talent, but is provided and takes advantage of opportunities and resources to excel.…

So I find myself a bit anxious, asking myself, "What am I doing here?"  As a brand new blogger, I am embarrassed that I don't know how to do it properly.  This has long been a failing of mine and something that often has stopped me from diving into interesting new things.  I might not do it right the first time and therefore look foolish.  That's a crazy idea for an educator; we tell the kids all the time that it's…

This article is cross-posted here.

Class Blogging Tips and Tricks: Embedding Objects
One of my major topics when I hold training sessions on blogging is how to embed certain objects into your blogs. These objects can be videos,…
Continue

Class Blogging Tips and Tricks: How to open link in a new window

The article is cross-posted here… 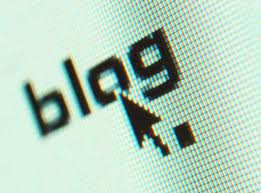 This article is cross-posted here…

I've been trying to use Twitter more and more to track valuable tech, edtech, 21st Century Skills, and literacy resources and points of interest. Do you have any key organizations or "power users" you follow that have proven particularly valuable? Or are you tweeting about similar conversations? If so, let us all know!

Also, if you'd like to follow my own "trickle" of tech, edtech, 21st Century Skills, and literacy tweets, you can find me…

I write a blog at

And yet we fight.

Alloys shine and bristle with strength,

I am a lover of my vocation.  I love teaching.  I am writing about what it means for me to pursue EXCELLENCE IN TEACHING.  Rather, I am trying to capture the essence of what the journey of exploring excellence in teaching is while collaborating with trusted colleagues!

Key books to check out (in all your spare time I know) are:

I'm sharing the slides of Professional Development 2.0, a workshop I facilitated face to face in my city Rosario, Argentina. Special thanks to my PLN! Have you ever left a Professional Development day wondering to yourself how relevant and beneficial the material was to your daily instruction?  Well, this past Friday, March 11, 2011, Regional School District 6 of CT held an extremely successful PD centered around technology. Teachers expressed over and over how worthwhile and energized they felt after having participated in the day. Why was this successful?  Of the 27 sessions being offered, all 27 were presented by teachers within the…

Irisih eyes are smiling, and so are we at TCI.  For a little holiday fun in advance of March 17th, I have written a lesson to learn about Ireland’s most famous name.  This skill builder lesson utilizes an emerging tech trend as well, QR codes.  Now, have no fear if you’re not familiar with QR codes you can read a previous post on the blog here.  Take advantage of the opportunity to have students learn about the life of St. Patrick and also get their geek on.…

Help with VYEW or other online digital communication community

I was told to try out voicethread to start a class conversation with my students as an assignment  for a class that I am taking. Showed my students and pretty much got the NO from them; one student suggested using "VYEW" to do an online class. Only problem is that it looks complicating. Does anyone have any suggestions on what else I can use or how to use VYEW. Mush appreciate the help.