Let’s Honor the Contributions of Women who Teach! #iwd

Thursday was International Women’s Day! A time to honor Women Around the World!

Annually on March 8th, thousands of events are held throughout the world to bring to the forefront what women have accomplished in all the diverse fields and passions and celebrate those achievements. The web was rich with information about Global and local activities that will connect women from all around the…

I find it interesting how many people are only now concerned about Google's Privacy Policy. Google for over a month has clearly tried to inform all their customers of this change. On Feb 1st, The Electronic Frontier Foundation addressed this question, one month before the policy was to go into effect. As some of you know Google over the past few years began to buy up companies from all over the internet, one of companies was You Tube. Each company had its own privacy policy. Because of these…

Benefits of skip counting for kids

Skip counting is the counting numbers in groups or bundles. For example, counting the numbers in bundles of twos. There are many many examples of such counting in everyday life.

For example; human body is the best example of skip counting. One person got two hands, two persons got four hands and so on. Same is true with other parts of body such as arms, legs, eyes, ears and…

What students should do about a 'bad grade'

Students often miss the opportunity to discuss a disappointing grade with their teachers.

I recently wrote a post to teens encouraging them to 'work it' when they received a bad grade. The full post is here,

Why not engage in a dialogue about it? This is often a missed chance to gain information.

Do students talk to you about their grades?

I wanted to let any educators that have an interest in traveling to Japan this summer about the Japan Society's fantastic Educators Tours. In 2009 I traveled to Japan for three weeks thanks to the Japan Society's Educators Study Tour and it was a life changing trip which added a number of lessons to my arsenal that I still teach each year soI highly recommend it. It's open nationwide this year and the deadline is this month so here's the information:…

Why most teachers don’t know what they don’t know.

Most professions have professional journals. Professional journals have long been the method by which innovations to professions have been introduced. Lengthy articles explaining the: who, what, where, when, why and how of an innovation in the profession was spelled out for all to read. Follow-up journal articles weighed the pros and cons. Journals historically have been a form of print media, but with the advent of the internet many are transitioning to a digital form in addition to the…

There has been an awful lot posted online about how to keep students safe on the Internet. However, I haven't run into very much focusing on teacher…

As someone who has been using Twitter for a while now I still find it somewhat confusing. Recently a bunch of friends who don't use Twitter have been asking me how to use the social networking website most of us have come to love. As a result I decided to put together a website in which with the collaboration of others we explain just how many ways there are of going about using Twitter.

So, I would greatly appreciate it if anyone on here…

Back to School: Student for a Day 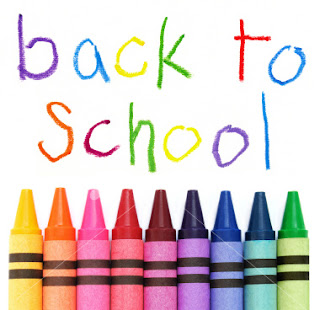 “The secret of education lies in respecting the pupil.” Ralph Waldo Emerson

Why Would an Administrator Go back to School?

“Have you ever felt that You were supposed to do something amazing, important, outstanding?

That only you can do and that you were destined for greatness?

Remember when you thought…anything was possible? It is!”