I am looking for examples of successful projects that implement Authentic Learning Experiences. If you have ones that you would like to include in my research, please fill out the form. I will contact individuals with additional details.

Engagement, Emotions, and the Power of Boredom 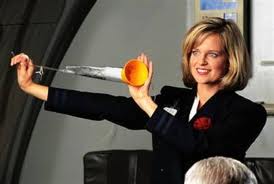 All electronic devices includingcell phones, ipods, ipads, laptops or any electronic device that has an on/off switch must be turned off at this time. Life vests are located beneath your seats. Remove the vest from the pouch…

I can't wait to go back to the classroom and use the tools I have learned!!!  Thanks to everyone in Steve Swan's EDAP 689 class for helping me become more "tech savvy:)"

There is nothing that I like more they to help struggling students unlock a way to help them to learn how to read.  Too often we let children struggle until they are frustrated.  Too often we teach the same way.  I like to look at each reader as a busy bee and try and figure out what honey will attract them to reading.  Often it is finding out the modality of their strength - do they learn using visuals, auditory or through cross modalities listening then writing or reading it and then saying… Continue

I have started a PLN developed around fourth grade and technology.  I have found it a great place to keep all of my resources readily available.

If you are a French teacher please visit my PLN wiki for resources to use in the classroom.  Hope this helps!  Leave feedback if you have ideas for me, thanks!

Wikispaces- A great place for everything PLN

PBL in Action: From PE Video to Beautification Project

Back in September, five of my teachers from different content areas attended a two-day Project Based Learning workshop hosted by the Buck Institute. Then in October, I asked them to share what they learned with a group of about 35 of their colleagues. We spent an entire day discussing their experiences and they walked us through the PBL process. Using Khan Academy in the classroom

In the spring I trained all of the Learning Specialist in our network on Khan Academy. They used it a remedial tool for students who struggle in math and as a way to provide extra support and practice, as a skill builder. For summer school we have decided to launch a prototyping of blended learning using google's new Chromebooks. We are in the beginning stages, the students in both the control and experimental groups are taking the pre-test. The control group is receiving traditional Algebra…

In the winter of the current school year, I found myself looking forward . . . and I realized that I was in the enviable position of choosing where I wanted to live.  My husband’s job was no longer tied to a specific geographic location – and my kids were making decisions about where they wanted to be. . . based on post-secondary education and career opportunities.  The world was my oyster. . .

I am a principled person, and so I began to think about what I wanted – really…

Never smile until Christmas!  We have all heard this so called adage. However, I believe the right classroom management strategy will allow you to smile consistently from August till May.

During my years of Training teachers at the TESOL program I came across this article with was very relevant then and and it still is.

Many Black youth have barely mastered the norms of their own culture when they are confronted with teaching styles that are incompatible with their accepted learning patterns (Benson)..In her book "Black Children: Their Roots, Culture, and Learning Patterns," Hale Benson suggests that formal education has not worked for many Black youth because it has not employed teaching styles that correspond with student's learning styles..When this incongruity between teaching and learning styles…

If Black non-mainstream children wish to make their way successfully in mainstream society, it is necessary that they learn Standard American English...In a complex  technological, highly impersonal society such as the United States of America, a great deal of information must be shared by means of the printed word..The ability to read well is a prerequisite for navigating one's way through such a society..Without the acquisition of basic reading skills, the…

Like all of us, educators bring their own cultural beliefs to their schools..Data from the National Research Center reveal that in general, Americans evaluate minority groups more negatively than Whites..Respondents were asked to evaluate on a scale of 1-7 characteristics of Whites, Jews, African Americans, Asian Americans, Latinos, and Southern Whites..These characteristics included intelligence, laziness, and motivation to be self-sufficient..African…

The failure of our public school system to adequately address and substantially reduce the academic achievement gap between Black non-mainstream students and their White counter-parts is deplorable..This is due, to a great degree, to the educational system's inability to effectively bridge the cultural difference which exists between Black non-mainstream and White cultures..When teachers are educated to their students' cultural styles and world views, they are…

I blame the Flipped Classroom.

A lot of things happened to me this year and when I started to analyze everything I realized that it is all the fault of the Flipped Classroom.

1.  My teaching style has radically changed.  No longer do I control my classroom, but give as much control as possible to my students.  I still guide the learning, but they control how and when it occurs.  I work harder than ever before and, but so do my students and they are learning more.…

How Social Media made me a better Administrator

We Become what we think about all day long.....Ralph Waldo Emerson
How it All Started:
My journey into the social media world all started back in November of 2010.  In my first year as an administrator I was off to an Assistant Principal's conference to network and learn about…
Continue

9 Things about Music and the Arts in Schools

I had lunch today with two great retired band directors, and as we discussed the future of music education in America we kept coming back to several key points.

2. If music education programs are to survive in our schools, then music eductors must constantly adapt to new cultural and school environments and they…