As long as I have been involved with education there has been a discussion of whether or not technology is making a difference in learning, and whether or not we should use it in schools. This discussion takes place on a teacher-to-teacher level, as well as an administrative level. It occurs on primary, secondary and higher education levels. It may be time to shift the discussions to what we need our kids to learn and how they will implement that learning in our…

The Poor have no Bootstraps to pull up

I just finished an #Edchat that I left me with a feeling of not being able to add any authority to the discussion. For those unfamiliar, #Edchat is a weekly Twitter discussion on Education topics. This week’s discussion was based on this statement:There is a strong belief among some educators that poverty is the biggest factor in a failing education system.…

Why Blogs, and Who Needs Them Anyway?

Most professions have professional journals that address the current methods and innovations of that profession. They are used as way to announce to the profession what is going on in that profession, what is working, and what is not. Traditionally, these have been printed media coming out on a periodic basis. Many of the …

How Do We Connect Educators?

I am participating in the national plan to promote Connected Educators’ Month (CEM) for this year. I was very honored to even be asked to participate on this committee, because I am committed to collaborative learning for all educators. I believe that social media and technology afford our profession the best opportunity to date in order to connect educators for collaboration and exchanging ideas to develop and maintain relevance as professional educators. Technology offers our best tools to…

The Big Lie in Education.

“Preparing kids for the Real World” is a phrase that many educators and schools use without regard for the consequence of what they selectively choose as reality for their students. Both educators and institutions in many cases are still choosing for students by educating them traditionally, or more progressively using technology tools for learning. This probably begins with educators’ misconception of the real world.

"Just" a Teacher?: The Perception of our Profession!

As I prepared dinner the other night, my son and I talked. Somehow, our conversation turned to my level of intelligence. In order to prove my point, I shared with him that I was enrolled in gifted programs all my life, in fact, I had even skipped a grade.

A Rock Star, not by choice.

Rock Star is a term attributed not only to Rock and Roll luminaries, but also to anyone who is an exceptional standout in a profession or a skill area. One cannot claim Rock Star status. Usually, others proclaim it, for you. One needs to be recognized by others in order to attain Rock Star status. It is more fan recognition of accomplishment than any real certified proclamation.

I recently watched an interview with Malcolm Gladwell, author of Outliers. His book sits unread on my shelf, but, inspired by what I saw in the…

I was recently contacted by Barbara Madden, a Missouri educator with a Mississippi dialect, who is conducting a survey of educators, who use Twitter for Professional Development asking for some feedback. Barbara had been in contact with a college professor who wanted to know the effect of Twitter as PD and it’s effect on student outcomes. That really got me thinking about PD and Twitter. I have heard many, many educators claiming that Twitter is the best PD… As we already know, a gap exists between what we know and what we do.  Successful educators work to narrow this gap between new ideas and implementation.  However, I believe the size of this gap does not necessarily indicate one’s success.  Some educators are terrific at executing what all they know how.   The problem is, their pedagogy is…

Every Friday on Twitter, Tweeters will make recommendations based on their personal experience of exceptional people to follow on Twitter. As an educator, if I follow those recommendations I will almost certainly improve the quality and quantity of tweets I get on education since educators are the people who I follow for my own Personal Learning Network. Each of these tweets of recommendation will be tagged with the telltale hashtag #FF. This identifies them as such a recommendation and…

Building Your School Culture...1 Relationship at a Time 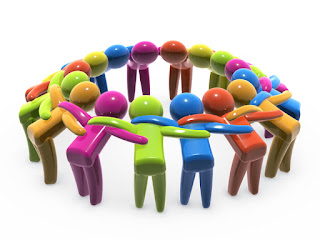 A Digital worksheet is still a worksheet.

I have read what seems like several, but in reality is probably a few blog posts recently that have claimed to have examined technology in schools and found that it has made little difference in learning. Of course many of these speak in generalities lacking specifics other than there is technology and there is a classroom and they observed stuff. When it comes to technology too many believe that by dropping it into a classroom magic happens. Even the most…

In my last post I coined a term called learnership which I don't believe has been used before but came to me as a way of expressing educational leadership combined with educators needing to show learners how to learn, thus learnership.

"We cannot do things the same way." was said to me by a veteran teacher who is seeing how technology can change learning. Mind you, this has come after one foray into using the power of the Web to change student productivity and learning. She sees the…

I just read a post by John Spencer, “Why Aren't Teachers More Innovative?“ I was struck by a comment from a reader. The comment was a question; “What box? That prompted me to think about what “the box” was that so…

Our Experience of an EdCamp

Let me begin by giving full credit to this blog post to Andrea Hernandez, our Director of

Teaching & Learning, not only for most of the ideas, but the links as well.  We are finishing up planning for next Friday's scheduled "Professional Development" Day - an annual day of school without students, dedicated to…

Why Twitter is the hub of my personal learning network

A few days ago a teacher in our district asked me about different online publishing platforms for her students. She explained that her students are working on writing mystery stories and she was looking for a way for them to share their writing with others, get feedback and publish their work.

In the days B.T. (Before Twitter), I would have headed right for Google and dug in. But I didn't. Instead, I sent out the following tweet:…

How do I go about Blogging?

If there is one thing that Social Media in education has taught me it is: Never answer for someone else’s need to know! In a world of discussions using tweets and posts there is an audience for discussion on any level of experience on any given subject. The subjects that I deal with most often involve Education, Social Media, or Social Media in Education.