Using an iPad as a Graphics Table

This title is really the case study for a wider topic on Remote Apps.

For me this is one of the most exciting (tech) influences on mobile learning ... the interconnectivity between devices.
I have two folders on my iPad [Remote1 and Remote2] which are full of Apps that enable connectivity between the iPad and other devices ... and that connectivity can be both ways.
See the two screen shots below. 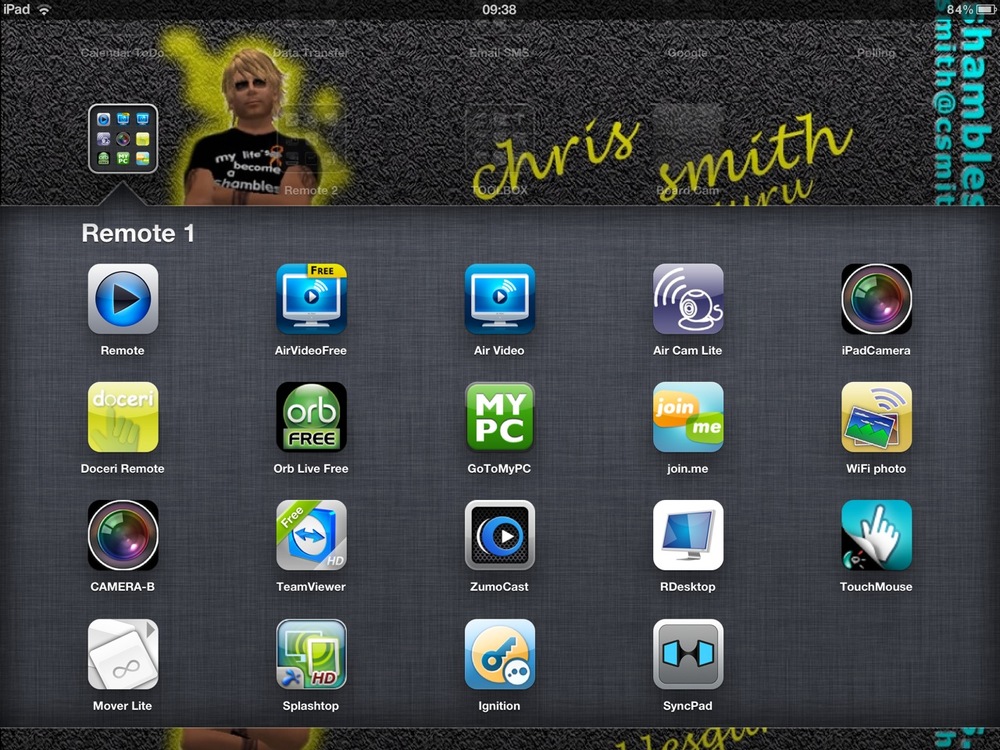 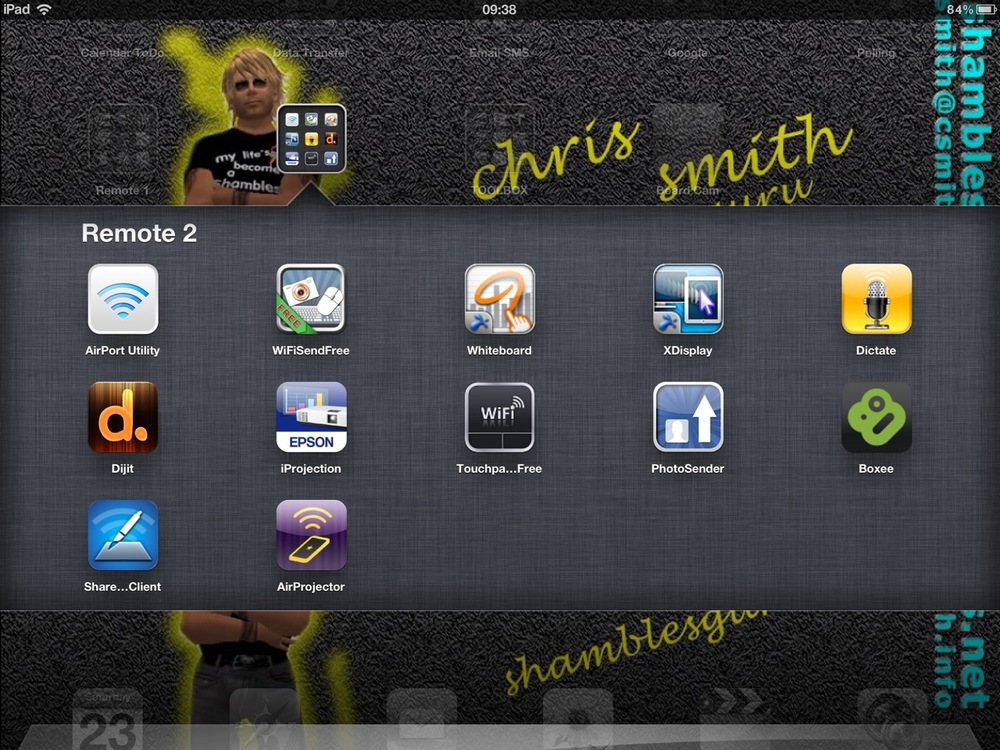 This topic could probably be a mini ebook in its own right ... so I've taken the easy route and did a screencast myself ... but just on the iPad
[I used the App Display Recorder ($1.99) to make this screencast which then uploaded to YouTube]

... and just in case you think I'm rich ... when the LogMeIn [Ingition] App first came out it had less funtionality and was only a few dollars ... and when they upgraded they auto upgraded early adopters to the full version ...  (phew).

This gendre of Apps provide the functionality to mirror a screen from e.g. Laptop (Windoz or Mac) to the iPad with the iPad touch screen having full interactivity  ... so control your laptop/desktop from the other side of the room ... or the other side of the world.   Note that I'm not talking about mirroring the iPad screen to another machine or projector ... that's in another blog post/book chapter
If you are wondering which one to try first ... maybe give Splashtop ($4.99) a spinhttp://itunes.apple.com/us/app/splashtop-remote-desktop-for/id38250...

Case Study : Using the iPad as a Graphics Table
To illustrate one possible use of these Apps see the video below which I made to answer the question in a Ning forum (thanks Juliana) ... "Can an iPad be used as a graphics tablet" for screencasting on a desktop/laptop.

Health Warning ... this video was made very late one night with assistance from my cats ... I used a hand-held Flip Camera.

This Blog was originally posted on the Blog "Shamblesguru's iPad"