Why we shouldn't treat schools like factories, even if it is more cost effective... If you have ever walked into a factory that produces a finished good from raw materials, it is frankly an amazing process. Dating back to the early 1900's, Henry Ford revolutionized the world and the way it manufactures goods. How could one argue with a process that can take different materials and products, and in one smooth motion put them together to produce a brand new flawless product exactly identical to the previous…

The school does not enclose pupils in there, but it produces them!

What should busy administrators be reading (or watching)? This is my first time participating in Leadership Day 2010, and I must say I am really excited to be a part of this fantastic movement. As educators, I would argue we all need to be inspirational and progressive leaders in our own right; however in education's current form we have building administrators and central office administrators as our leaders. Their jobs are extremely difficult, and I can honestly say most people have no idea how much time… Continue

Is merit pay for teachers best for students? If you walk into a teacher's lounge, and your goal is to get the teachers really fired up...then ask them how they feel about merit pay! Teachers across the nation are torn in their beliefs when it comes to merit pay. For every teacher that supports merit pay, there is a teacher who firmly disagrees with merit pay. Educational reform would not be complete without some kind of overhaul in the way teachers are compensated.… 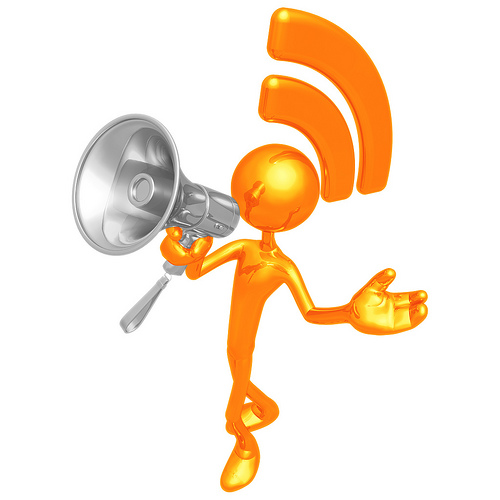 Online education can present itself in many ways, and shouldn't necessarily be a virtual incarnation…

A Night at the Museum - a Y6 learning journey

Our Year Six team were keen to get the children to look at other countries around the world. The children went away and thought about which cultures they would like to study. A cultures day was held for us at one of our partner high schools and a theatre group and dance troupe came into school to work with the children right at the…

Where is the value added? I am 26 years old. I like to play video games. I like to play computer games. I think I am somewhat computer savvy. I am a member of generation Y. So, naturally I use Facebook, MySpace, Twitter, Google, Youtube and blogging on a daily basis, right?. "Jain," which in German means yes and no.


I will give most of the credit to a friend, fellow cohort member in my doctoral program, mentor and educational… Continue

Do you recognize the many pieces to the puzzle? Over the last several weeks I have had the opportunity to speak with several different people who are the leaders/coordinators/directors/supervisors in their respective departments within my school district. This opportunity has given me a new found appreciation for the many intricacies of a large suburban school district.

As a current classroom teacher I plan my lessons, go to school, teach students, grade assignments and do it all over… Continue

Do you speak their language? How often do you hear students complaining about a teacher who told them to put their cell phone away, or turn their iPod off? If your school is anything like my school, then I am sure you hear this on a daily basis. Integrating technology into the classroom has been a hot topic over the last several years, and as our society continues to embrace new technological advances, Education 2.0 will hopefully continue to gain traction.

Bring on the learning revolution! A fabulous resource to educators is available, and the best part about it...it is free! Visit the website http://www.ted.com/ and watch videos about "ideas worth spreading." I chose this particular video by Sir Ken Robinson because I feel Robinson makes a wonderful point about education. When we talk about education we need to forget about the evolution of the school system, but rather… Continue

Do we have an achievement gap with teachers and administrators? Education reform is a hot topic widely debated among educational leaders around the world. I think it is safe to say we are all interested in improving the educational process to ensure the proper mental and physical development of our students. As with every controversial topic there is definitely not a shortage of opinions by teachers, administrators, parents, students, community… Continue

Best Sites to Use in Your Class?

What are you favorites?

On Friday, July 30, 2010, blog about whatever you like related to effective school technology leadership: successes, challenges, reflections, needs, wants, etc. Write a letter to the administrators in your area. Post a top ten list. Make a podcast… Continue

My wish for you Ideally, you'll be teaching a class that has a healthy mix of cultural backgrounds, students who are avid participators, eager to learn, and blessed with inquisitive and self-motivated brilliance.
But, in real life, where the…
Continue

Teach Kids to Be not to Do | e-Learning Today TV

THE DILEMMAS OF A "PROFESSIONAL" TEACHER

Why are most schools so badly structured for achieving their publicly stated goals? Taking mostly bright, inquisitive, active young children away from the real world for which we are supposed to be preparing them, keeping them locked in rooms in the company of an adult who will drone at them for forty minutes before releasing them to another adult who will do the same...ten times during the day...days punctuated by bells... days that run into a dozen years interrupted only by vacations which…

Here is an updated version of a presentation CULTIVATING HUMANITY IN A SCHOOL.ppt that I gave at my school in 2005. The title was inspired by Martha Nussbaum's book.

Although the presentation was prepared with the help and support of a few colleagues, it went down in flames because it was so badly timed. It came right after a workshop conducted at my school by two of the foremost…